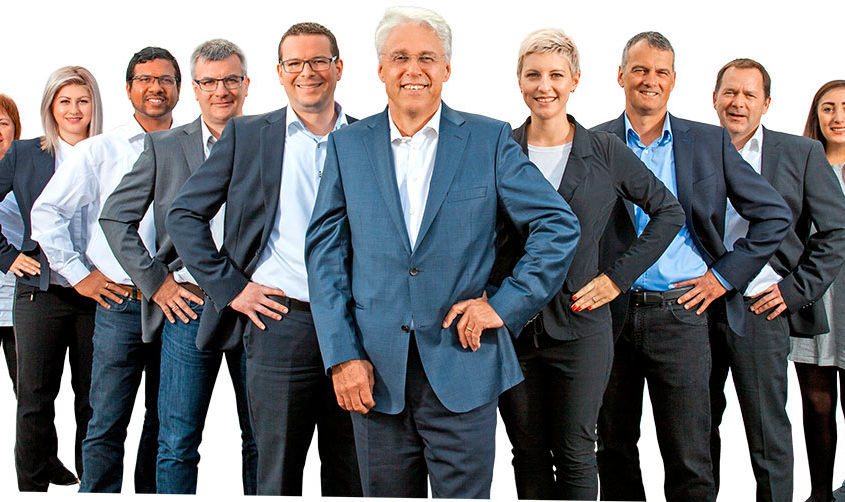 A successful and consciously “proactive“ year

“For Schildknecht AG, this year’s New Year’s Eve was already in November, because the business figures scheduled for the whole year were achieved already mid-November“, this is how the management board Thomas Schildknecht recently characterized the ending financial year 2017. The reasons for this positive development were both technological and market-oriented “activities” of the company in 2017.

Where is the automation technology the most moved by in the context of IIoT and Industrie 4.0? Succinctly formulated the answer is: Collecting data of sensors of any kind, installed in machinery and plants, from globally distributed regions – and forwarding this data to control units and/or a cloud after having been pre-processed.

These are the issues intensively addressed to and implemented by Schildknecht in 2017. For this purpose, the proven DATAEAGLE radio module series was extended by three units: DATAEAGLE 2730 for retrieving data from sensors, the DATAEAGLE 7050 equipped with a SIM card for data transport into the cloud by mobile radio and finally the DATAEAGLE X-treme IO 2730 distributor box for making wired sensors on the spot “wireless“ and thereby installable even at positions of a machine difficult to access. These three new systems enable setting up highly available “data tracks“  from globally distributed data sources up to a central cloud.

From the technological point of view, Schildknecht particularly concentrated on the increasingly powerful Bluetooth LE (Low Energy) technology in 2017. At the same time, further development projects are already in the pipeline, among them projects around subjects such as 5G, Bluetooth 5.0 and mesh networks.

Schildknecht AG consciously focuses its resources on own core competencies (data radio systems and machine-to-machine communication for industry) and supplements them case by case by cooperation with strong partner companies. Examples for this realized in in 2017 are:

The radio IO combination module DATAEAGLE X-treme IO 2730 was the result of the integration of the radio module DATAEAGLE 2730 in a M12-IO module of Murrelektronik. It can be optionally assembled with 4 or 8 IO ports which are respectively configured as DI or DO or rather AI or AO and are capable of transmitting analog or digital signals by radio.

Schildknecht AG is well aware of the typical expectations of its business partners: A promising business model was developed, but there are concerns with regard to effort and risk of an independent realization. Such issues are then addressed by Schildknecht and solved together with the respective partners. This happened in 2017 as well; experience gained in this process was documented and generally published on the website. Networking the toilet houses for ASFINAG in Austria or the cooperation with Conductix Wampfler with regard to monitoring solutions represent an example for the product range.

So Schildknecht sticks to its proven strategy to also supply a professional application on request when delivering devices. Apart from intensive consulting and prototyping, such a project also comprises the provision and programming of the Schildknecht-owned  Device Cloud where devices can be managed, user data be analyzed and other systems (databases, ERP systems and data clouds) be made available for utilization. Scalability represents a very important factor here since such projects naturally start with a number of devices 1, but following probation rapidly experience considerable dimensions; this applies to 2017 as well!

Business success is not exclusively based on attractive products and their applications; they also require being publicized to prospective customers on the market by appropriate means. In 2017, Schildknecht clearly set the benchmark on this: The web presence was – and is continuously – modernized and particularly clearly arranged, videos and news releases increasingly published, application reports created together with business partners, trade fairs exhibited with new and attractive stand design; and for the first time it was also invited to a press conference within the framework of the leading trade fair “sps ipc drives 2017“ in Nuremberg. The noticeable great interest of the trade press in this attracts the attention which Schildknecht AG finds on the market with its products, solutions and applications.

With so many positive “activities“ it is – noted in conclusion –  not surprising  that in 2017 the number of employees of the company experienced a positive development as well.